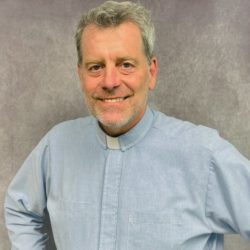 Greg has been at Saint Peter’s since his ordination in October of 2018. He holds a Masters of Divinity from the Seminary of the Southwest in Austin, Texas. A native of Southern Indiana, Greg spent most of his life in Chicago working in Advertising and Marketing. He also called Mexico City, San Francisco, Miami and New York City home during those years. Just before ‘retiring’ and heading off to seminary, Greg was in Bentonville working in marketing and diversity and inclusion at Walmart. He’s glad to be home in Arkansas. Greg lives with his partner Mark and two dogs, Chester and Lucky. 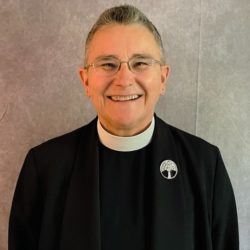 The Rev. Peggy Cromwell serves as the Associate Priest and assists with Sunday Servers, pastoral care, Small Groups, and adult formation. She is a retired English teacher and enjoys traveling and playing golf. 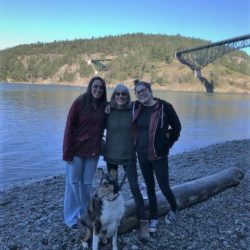 Kathy Schmeltz has worked with Saint Peter’s as the finance manager since October 2019. Kathy recently moved to her home in Washington state but still works remotely with Saint Peter’s. Kathy enjoys listening to podcasts and reading as well as spending time with her two daughters, Kelly and Stacey and fur baby, Cairo. 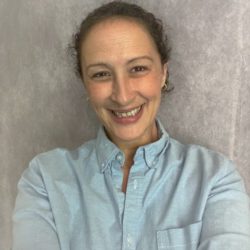 Chrissy Cavender has lived in Conway since 2013 with a small interruption of moving to Washington state and working in Portland, Oregon (twice). Chrissy, her wife Melanie and two hound dogs, Molly & Major moved back to Conway for Saint Peter’s and recently purchased a Conway home! Chrissy started working for the church as the Parish Administrator in June 2021. Jacob is responsible for all of the creative development, communications, and worship livestreaming for Saint Peter’s. He is your go-to person for any messaging you want to go into the Wake Up! with Saint Peter’s emails, the video wall in the lobby, the website, and all social media. Jacob also oversees signage and press relations. A recent graduate of Hendrix College with a degree in Religious Studies, Jacob has been with Saint Peter’s since 2019. 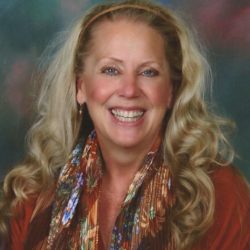 Patty Oeste is the Music Director at Saint Peter’s. She directs the choir and handbells, plays the organ and piano during our services as well as bringing in guest artists to enrich our worship. The joy of music is alive and well at Saint Peter’s! 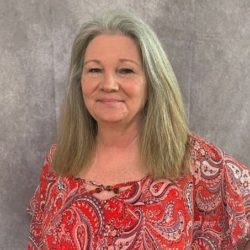 Tammy Heffington is a Conway native and has been our Sexton for Saint Peter’s for over 20 years! Tammy and her husband James have been married for 38 years and they have two sons, Shawn & Brandon. Tammy enjoys camping, hiking and spending time with her dog, Joplin! 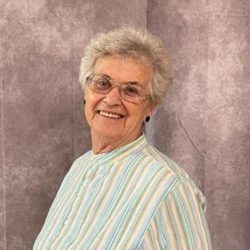 Kay Henry is from Milwaukee, Wisconsin moved to Conway, Arkansas over 40 years ago! Kay has three children, two sons and a daughter. Kay has a wide range of experience including retirement from being a nurse. Kay is a part time sexton at Saint Peter’s – she is here only on Monday morning but also cleans Camp Mitchell in Morrilton the rest of the week. Kay enjoys reading and watching the Green Bay Packers win!